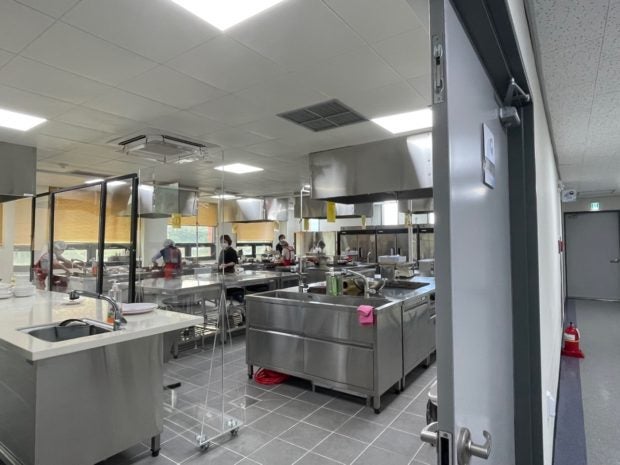 ANSEONG, Gyeonggi Province – With high walls and barbed-wire fences, the Hanawon resettlement center has the country’s top security level, but for thousands of people it has also offered a step toward freedom.

Hanawon is where North Korean defectors prepare to start a new life and fend for themselves in South Korea before integrating into an unfamiliar world that they desired to live in.

A total of 33,815 North Korean defectors have arrived in South Korea as of 2021. Among them, women, children and adolescents are required to stay for three months at Hanawon, which directly translates into “house of unity,” located in a remote village in the Anseong, Gyeonggi Province.

Men are sent to another Hanawon center in Hwacheon County, Gangwon Province, after undergoing an investigation by the National Intelligence Service.

The normally closely guarded facility was open to the media on Friday for the first time since April 2016 to mark its 23rd anniversary. 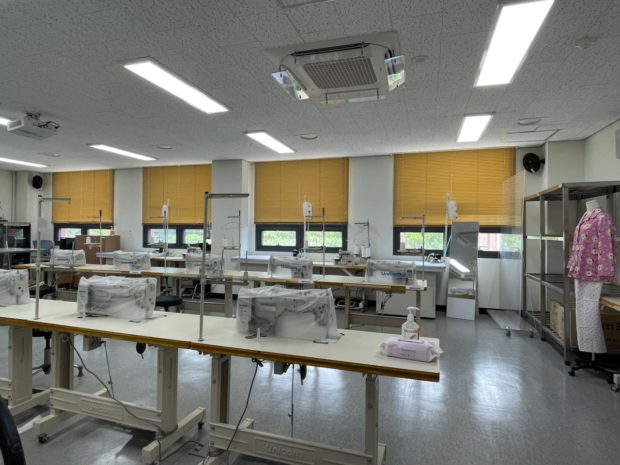 From nail art to barista training

At Hanawon, North Korean defectors take a 400-hour education program on a wide range of topics, according to the Unification Ministry. The major goals are to enhance their understanding of South Korean society and its language as well as women’s rights and gender equality and to better embrace and adapt to capitalism and digital transformation.

North Korean escapees — most of whom were exposed to traumatic events in North Korea and en route to South Korea — also learn how to look after their mental health.

The largest portion of the education program, a total of 162 hours, is allocated to career guidance, vocational training and job searching, which are indispensable for defectors to stand on their own feet in light of different educational systems and industrial structure in North Korea.

To that end, a four-story vocational training center was built in June 2020 within the Hanawon compound to directly provide a broad range of courses focusing on developing vocational and technical skills.

During the media tour, an official in charge of managing job training programs at Hanawon in Anseong — who requested anonymity — said many North Korean defectors begin their careers as factory workers.

“We have opened vocational training courses on the topics that (defector) trainees prefer the most,” the official said.

Hanawon was also designated as a national education institution nurturing caregivers at the end of last year, the official said. The permission enables Hanawon to offer professional courses on nursing, caregiving and social welfare.

In addition, North Korean escapees are able to take a computer-based test at the center to get a national technical qualification certificate such as a chef license. 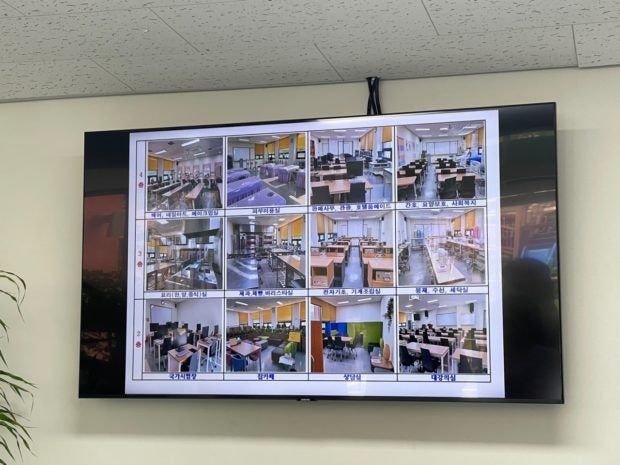 The screen shows eight classrooms and other associated facilities at the vocational training center. (The Korea Herald/Asia News Network)

But Unification Ministry officials, speaking at a briefing to reporters at Hanawon, explained that there has not been considerable improvement in employment quality.

“But there has been a tendency for more defectors to get a job that requires skills,” one official said. “In addition, the number of people who want to start their own company has rapidly increased. We’ve continued to support the creation of their own businesses.”

Hanawon also provides 372-hour courses on topics including language, driving, computer and parenting that defectors can voluntarily participate in. But basic computer courses and training for a driver’s license are most preferred by defectors, according to the official. 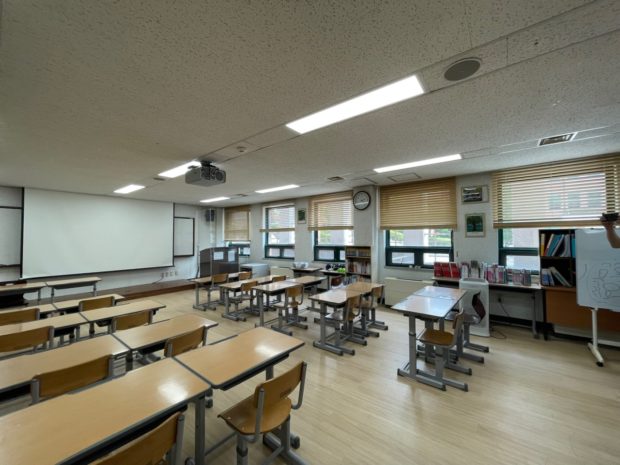 North Korean defectors under the age of 19 are educated at the Hanadul special school before transferring to a regular school in South Korea. (The Korea Herald/Asia News Network)

North Korean defectors under the age of 19 are educated at the Hanadul special school before they are transferred to a mainstream school in South Korea. A school official said around 2,600 defector students have attended since the school opened in September 2009.

At the Hanawon compound, the Hana general hospital — which encompasses dentistry, family medicine, internal medicine, obstetrics, oriental medicine and pediatrics — is operated from 9 a.m. to 6 p.m. with attending staff.

For instance, around 30-40 percent of defectors need dental prosthesis treatment which are generally costly for them, a hospital official said. Some 90 percent of the defectors go to the dental clinic.

A number of thank-you letters written by defectors were pinned up on the wall of the hospital.

North Korean defectors can also receive professional mental health services such as individual, group and play therapy at the center for mental health which opened in November 2018. One psychiatrist and four counselors currently work at the center.

Unification Minister Kwon Young-se, in a speech given during a ceremony marking Hanawon’s anniversary, admitted that the government needed to put more effort into addressing the challenges and pains that defectors suffer.

The minister also underscored that South Korean society should establish an environment conducive for defectors to play a pivotal social role.

The occasion marked the first public visit to Hanawon by a unification minister since 2017 when then-Unification Minister Cho Myung-kyun attended the event celebrating the center’s 17th anniversary.

The South Korean unification minister had refrained from openly visiting Hanawon facilities after the two Koreas began to establish an atmosphere for reconciliation in 2018.

Don’t miss out on the latest news and information.